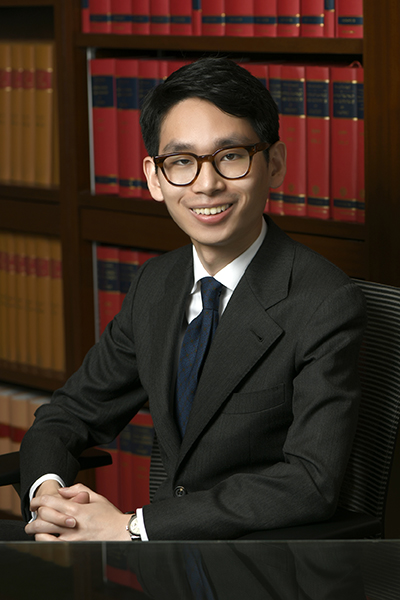 John joined Chambers after completing his pupillage with Mr Abraham Chan SC, Mr Tony Li, Mr Anthony Chan and Mr Keith Lam. He is developing a broad civil practice as well as a practice in public law. He accepts instructions in all areas of Chambers’ work.

Prior to joining Chambers, John graduated with a First Class degree in Law from the University of Oxford. He went on to obtain his postgraduate BCL degree at Oxford with Distinction.

John was awarded the Bar Scholarship in 2020.

Dean’s Letter of Distinction for PCLL

Prize for performance in Finals awarded by Jesus College, Oxford